Celtic, Greek, and Latin each have words for "island" that involve /n/ and /s/ and cannot be completely explained. One possibility is that they are all borrowings from the same non-Indo-European source.

Even if those three are all connected, it would still be beyond credibility for Malayo-Polynesian *nusa: "island" to be related. ... Right? 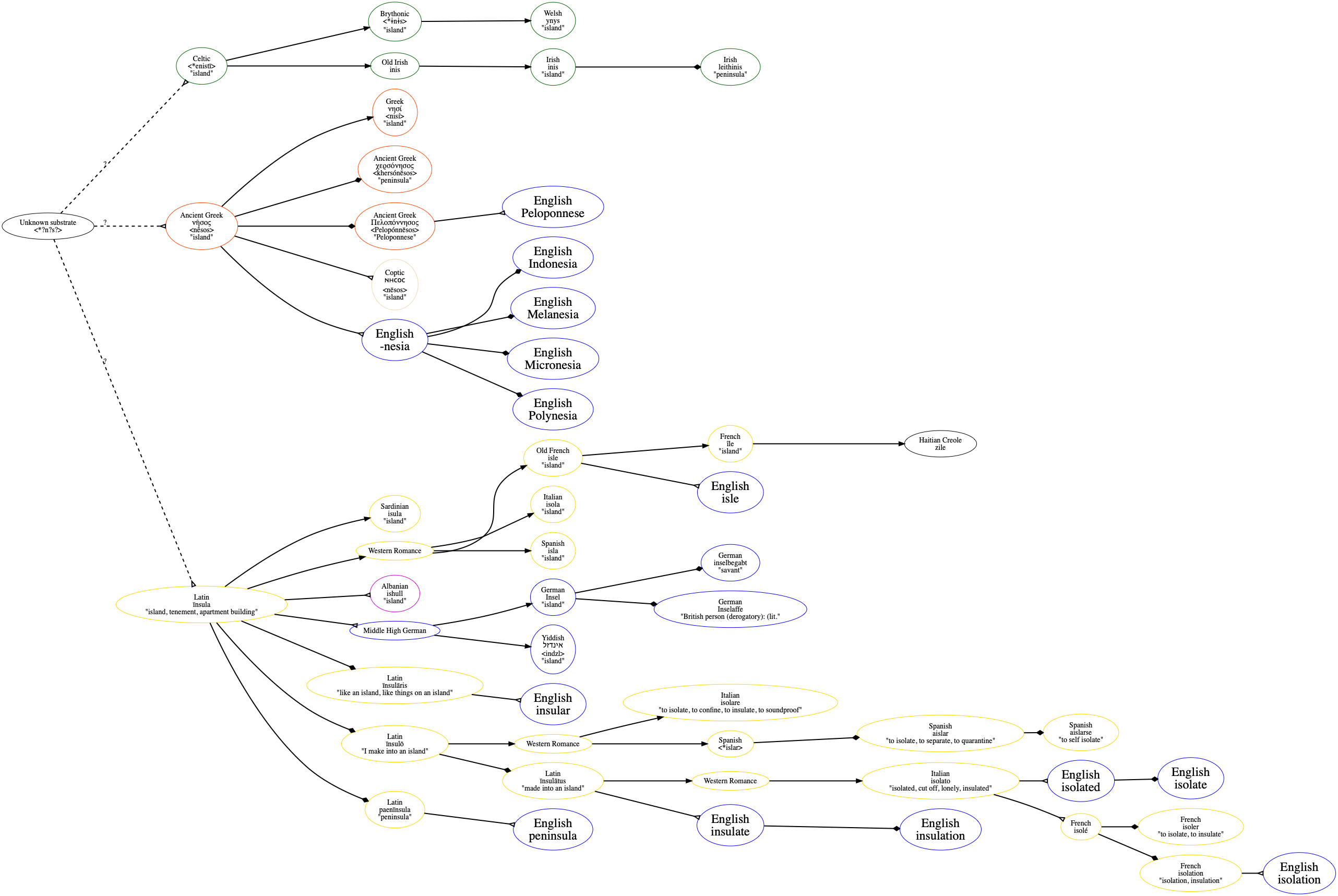