June's theme is linguistic effects of the Celtic Hegemony of the early Iron Age. The rest of the month will focus on words that were borrowed from Gaulish into Latin (things like very iconic Latin word gladius being borrowed from Gaulish, which appears in today's), but I'm going to start out with exploring some of the names of Celtic peoples. This was originally going to be a compare and contrast of two different families, but it ballooned into 3-4.

There are 3 interesting take aways from this:

Celt/Keltoi/Celtae may be from the same origin as Gallus, but might not. I present Celt and Gallus from two different sources here, but both are uncertain, being only attested in borrowings and not in any native forms. Either could actually be from the source shown for the other.

The Irish Gael is from another source again: Proto-Celtic *wēdelos: "woodsy, woodsman".

Nota Bene: Even just within English words, descendants of *walhaz refer to foreigners of at least three different branches of Indo-European: Celtic (the Welsh), Italic (the Walloons and Wallachians), and Indo-Iranian (the Vlax Romani). 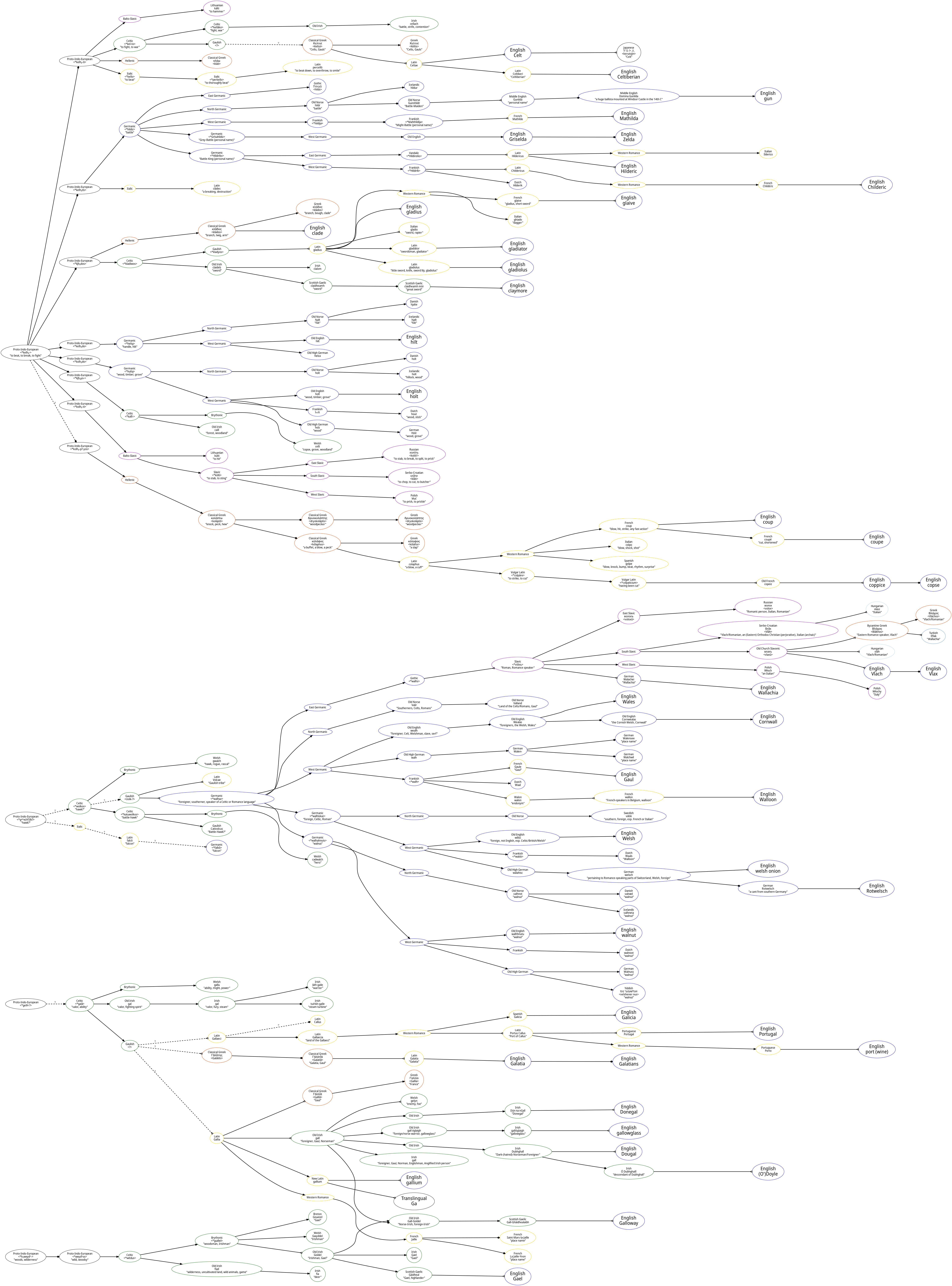