Only recently did I realized that many of the English words are related to each other too! (It's probably much more obvious in the other languages that have these words) 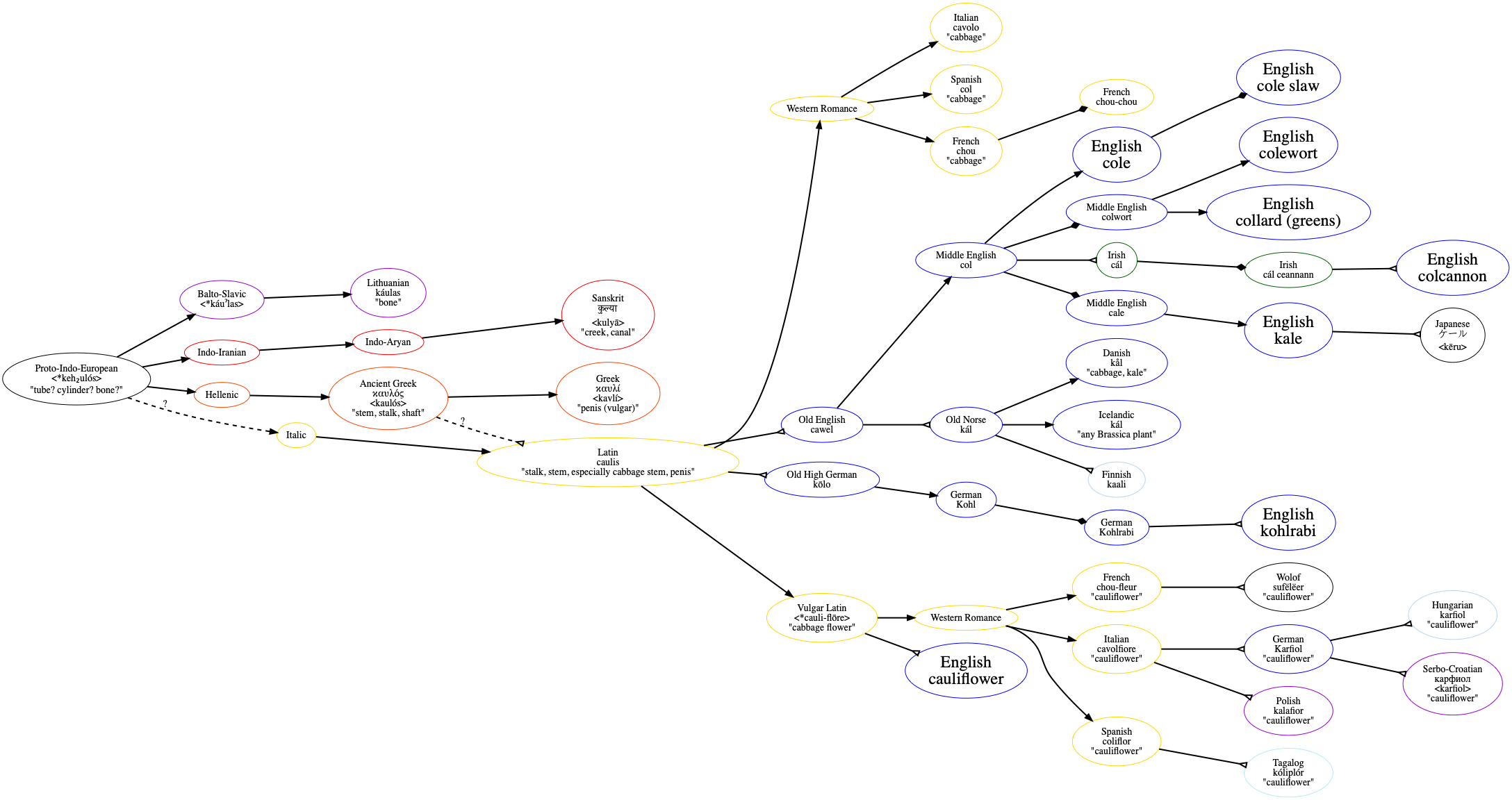 But notably not part of this word family (but all Brassicas) are: